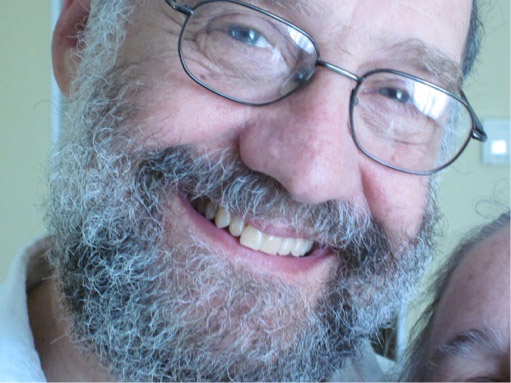 Bruce David (www.davidart.com), President of Light of the Nations, has dedicated the past 30+ years of his life to creating creative, engaging, Jewish educational resources that provide people with the opportunity to discover and experience the contemporary values of a "Wholistic" approach to Judaism. Storytelling art filled with hidden multidimensional symbolism, original music, and other forms of creative expression have broadened his spectrum of experiential Jewish materials, all of which are now embodied in the programs of Light of the Nations.

A distinguished lecturer in fine arts, Professor Mazelle Van Buskirk, discovered the art of Bruce David in 1982. Having taught art appreciation at the Indiana University School of Fine Arts for over a quarter century, Professor Van Buskirk was so impressed with this self-taught artist's talents that she compared David's artwork with that of Marc Chagall's at the plenary session of a major Hadassah conference outside Chicago. This "distinguished lecturer in fine arts" writes that, "It is rare to find works of art that are, or seem to be, without precedent. The art of Bruce David is such a rarity." Professor Van Buskirk goes on to state that, "once the viewer is guided through the magnificent array of colors and forms, they will find never-ending delight in the study of this most original artwork."

David, who started his art career in the early 1980s, travels the country with his art and has been the main speaker and/or exhibitor at major international, national, and regional functions around the country. He also creates large stained glass windows, glass mosaics and metal sculpture for synagogues, schools, organizations and individuals. Additionally, he is a feature writer for a national Jewish newspaper (National Jewish Post and Opinion). David's art has been chosen for the cover of dozens of publications,magazines, books, and greeting cards, and has  been featured in numerous newspaper articles around the country. David's work won an educational award from the largest Jewish organization in the world (Hadassah). 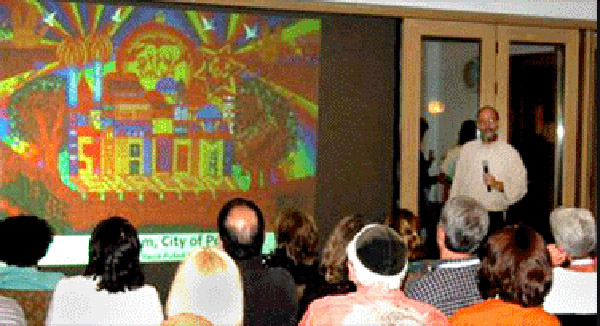 David, who views the art as a gift, feels that the best way to use this gift is to share the good, important, and beautiful aspects of our Jewish heritage. While he is glad that his work has found value for its artistic merit, he personally views it very strongly as a contemporary educational tool, designed to promote Jewish understanding and awareness.

Bruce David was born and raised in Louisville, Kentucky, where he attended and graduated from the Louisville Jewish Day School, Atherton High School, and the University of Louisville. His parents are Dr. Artie David, z"l, and Esther David.

The artist currently lives outside Bloomington, Indiana near Lake Monroe in Hoosier National Forest with his wife, Diane. Their son, Joshua, lives nearby in Bloomington,

An art critic and reviewer of one of David's gallery exhibits wrote that,

"Taking a spiritual journey through the depths and dimensions of a Bruce David painting is dancing with destiny, history, and ancestry - all at once, an all-in-one profoundly joyous outburst. Do a good deed for your soul, and stand awhile in front of a painting or two of Bruce David's."